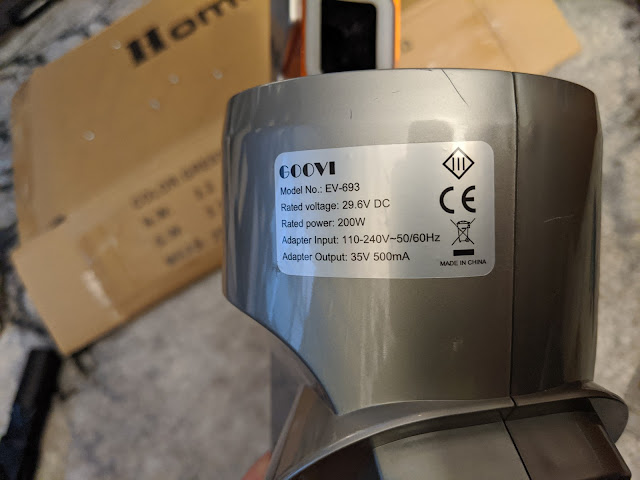 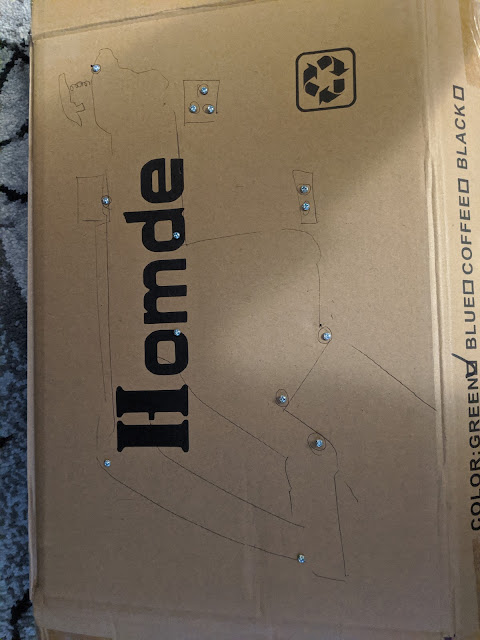 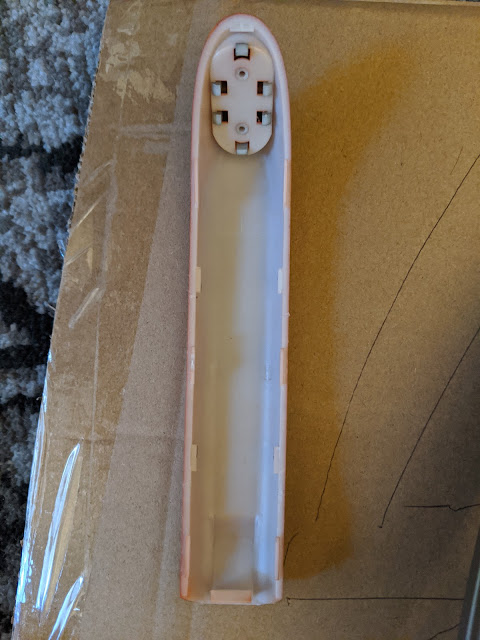 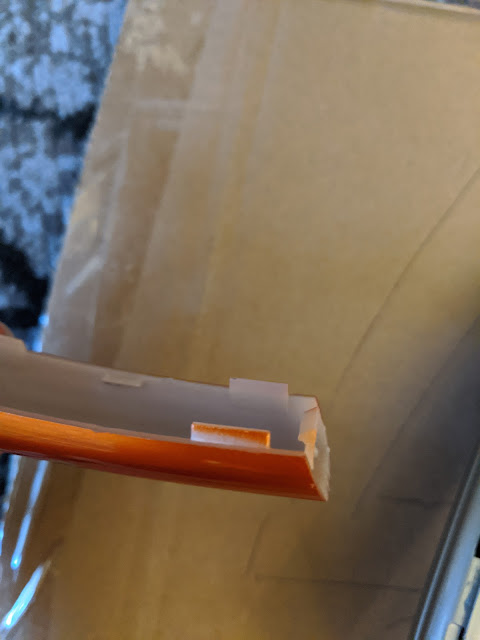 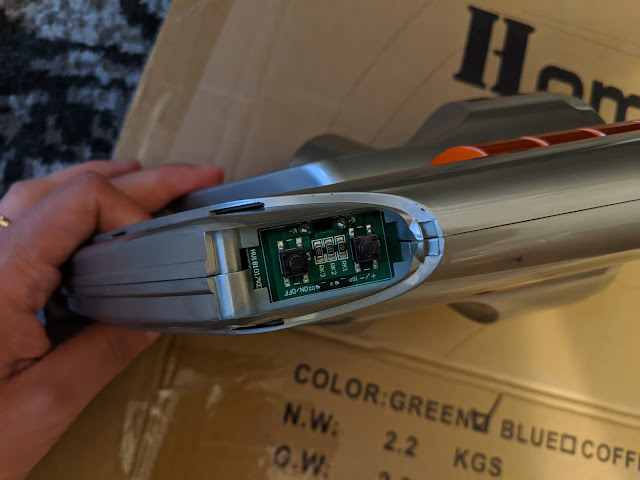 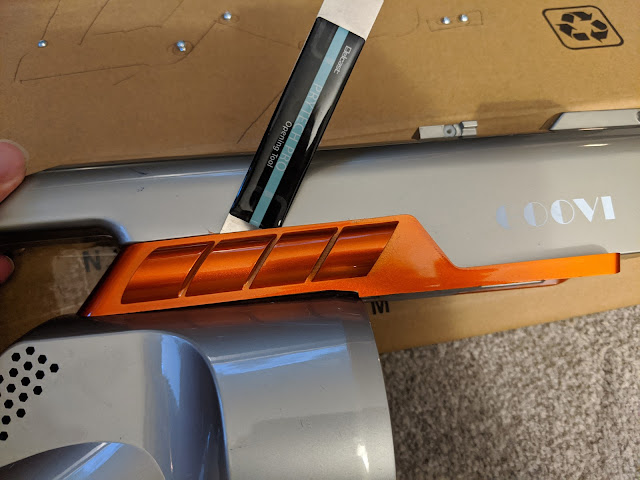 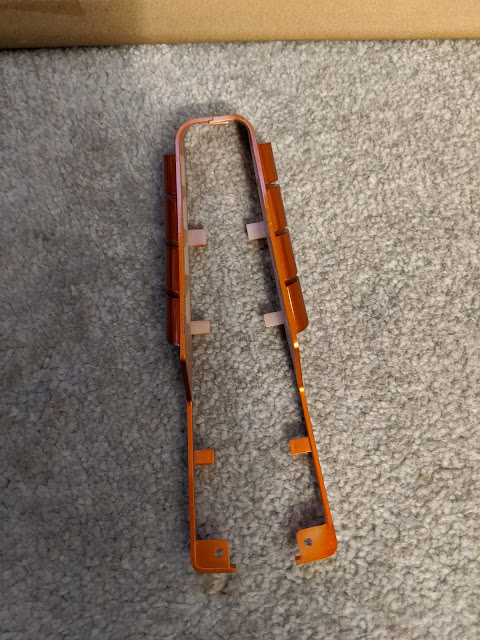 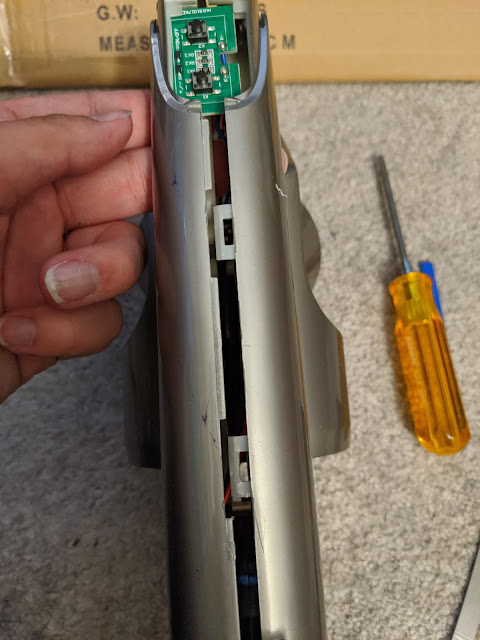 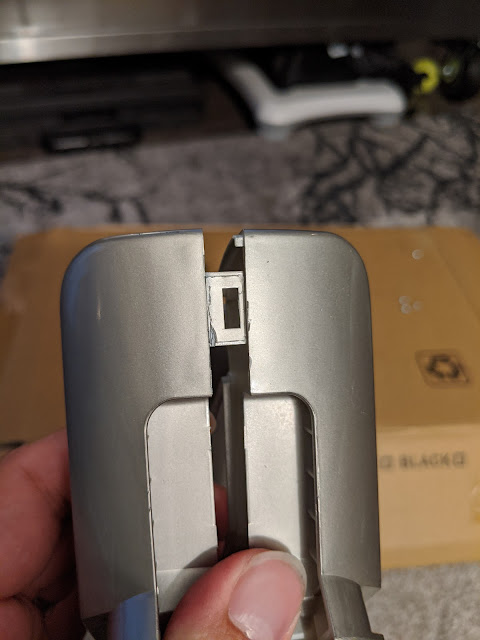 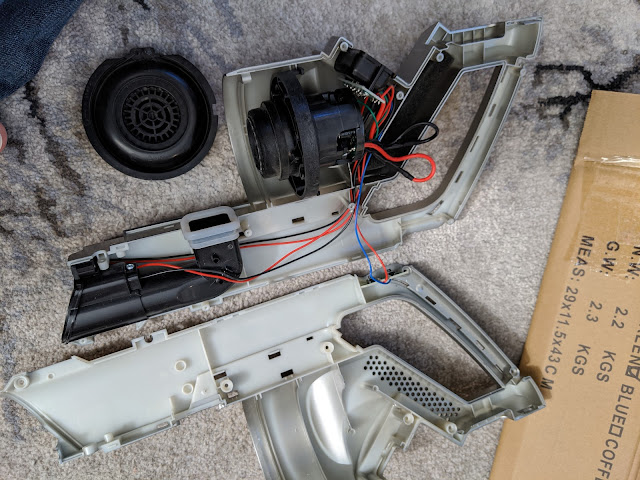 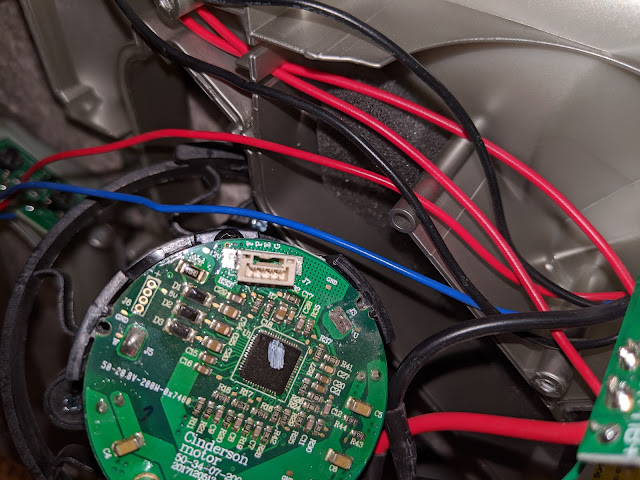 When putting the vacuum back together it is mostly a matter of reversing the process. Most of it is easier than taking it apart with the exception of reinstalling the motor and grill such that the grill screw holes align properly. The motor and grill are quite snug together making it particularly frustrating for how simple it is. Also make sure the wires are routed through the notches in the gray body before putting the two halves together as you don't want to pinch a wire.
Posted by Thomas at 4:16 PM

I keep trying to see/find the green wire.
I see Black, red and blue. But can not see a green wire in your picture.
perhaps you meant to write blue instead of green?
thank you for the information.
our battery shows full bars and the motor only powers on a few seconds.
So I am going to try your suggested repair and hope for the best result. :)

I didn't get any good pictures of the green wire but you can see it in this one between the motor and the connector for the battery. https://1.bp.blogspot.com/-gpijZNTu0DE/XyXpbeRutLI/AAAAAAAA9gc/BCHLx7C-YlA6hcFndN_VKYaRZUP3j7mjACPcBGAsYHg/s4032/IMG_20200710_204125.jpg

A few months ago mine started not charging after I left it off the charger for a couple weeks on accident. I found that one of the battery cells had failed. It is theoretically fixable but would require replacing ALL of the cells in most cases because removing just one from the pack is almost impossible. You would also need a spot welder. I managed to find a new in box EV693 on ebay and bought a second one. Some day I hope to get access to a spot welder and will look into rebuilding the original battery pack.

Unfortunately since the EV693 is discontinued it doesn't seem to show up anywhere anymore and the replacement model by Onsen (new name for Goovi) doesn't look as appealing.