The C4000XG has been sold to CenturyLink customers as a "modem" for their fiber tier service.

CenturyLink often sells it to customers for $20 or less, but it is available on Amazon for over $200.

WHY ARE THERE 84 REVIEWS?!?!
I don't know who would buy a used C4000XG because while it works for some people (probably people who never touch it after the install tech leaves), it is full of software bugs. What kind of bugs you might ask? Well to start, it has a nasty habit of factory resetting itself once a month, though surprisingly the customer PPPoE credentials get preserved. Want to disable the router and use it as a plain old Wireless Access Point? Don't reboot it because DHCP gets re-enabled on every boot. Also there is a strange issue where some devices can't complete their DHCP handshake with the real router...

Ya ok... well if it so bad, why write this blog? Because the AX (WiFi-6) wireless radio is amazing. At least with a small number of devices, it seems to beat out a WiFi-5 Ubiquiti access point for cutting through the noise. I suspect due to the antenna layout. It also interestingly has an SFP+ port, possibly CenturyLink hoped to replace the ONT?

Cool, so just throw OpenWRT on it and... oh no. There is no OpenWRT image for this device. In fact, I haven't been able to Google any information about it's guts other than the FCC docs (fcc.gov).

So ladies and gentlemen, I present to you a sneak peek of the inside. 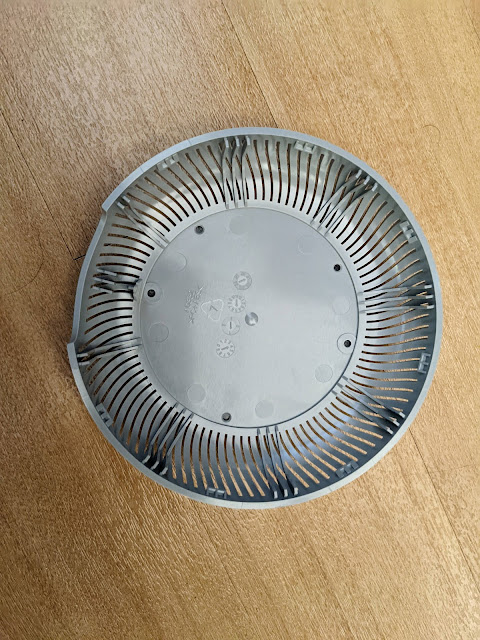 Isn't it pretty? ... *Crickets*. Ok ok, so I am mostly including an inside shot of the bottom to show others how to non-destructively take this sucker appart. Two screws must first be removed from under the rubber foot on the bottom (not shown). The screws are at the top and bottom of the CenturyLink Sticker, the rubber foot doesn't seem to be well attached in those locations so some gentle prying gives just enough room to get the screws out. Then 7 retention clips hold the grey bottom to the white body. Slipping a credit card through the vent slots easily releases the clips and with a little wiggling (the last one was stubborn) the bottom was removed.
Revealing... 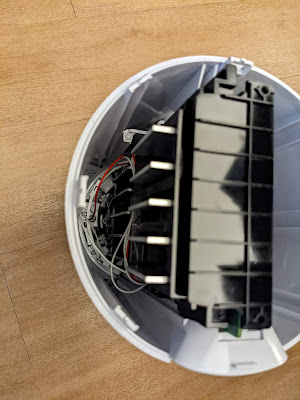 Bunch of wires leading to the circular antenna in the top of the housing. 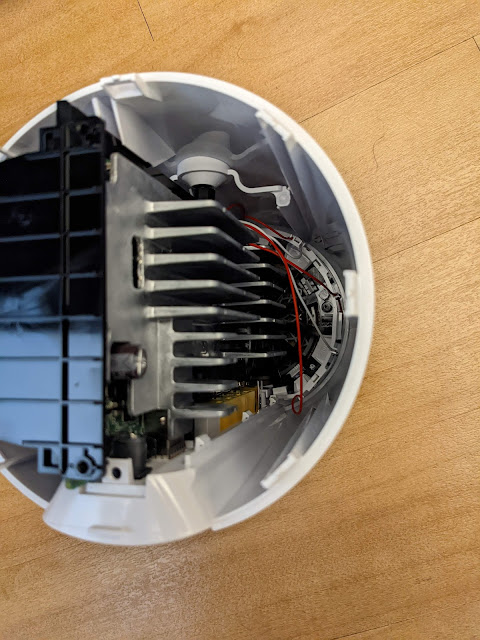 The cutout in the heatsink above the capacitor appears to be a serial connection with header pins labeled: TX, GND, VCC, RX
Annoyingly the back plate 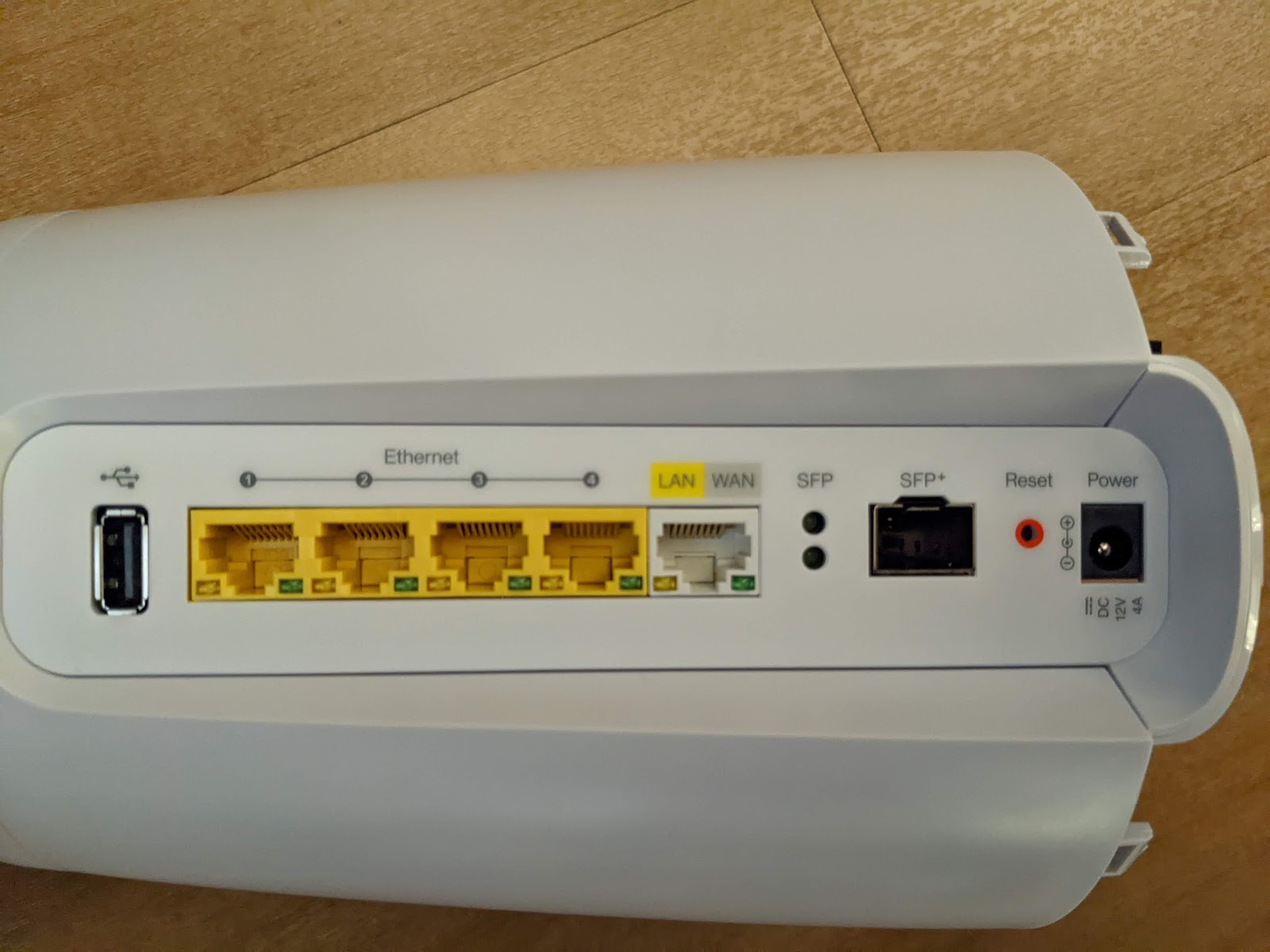 Is also held in with 6 retention clips and hides 2 screws holding the circuit board in place. Three can be easily found under the heatsink on one side, but the other three... only one can be accessed.
The easiest way I found to remove the plate was to use my finger with my right hand to release the top clip and simultaneously use a spudger with a pointy tip with my left hand to release the opposing clip that can just barely be seen under the black plastic. Once that first pair of clips are released you can let go and then use the spudger to release the second clip on the right side. Then because the opposing clip is not accessible, twisting and futzing with the plate to make it come free on it's own. Finally, using a flat spudger to wedge in behind the plate on the outside, a second long pointy spudger can be used to "stab" behind the last clip on the right side and force it free. Then again futzing with the plate to free the opposing clip.
It took me probably 20 minutes to get it free, but I also didn't know the tricks above. 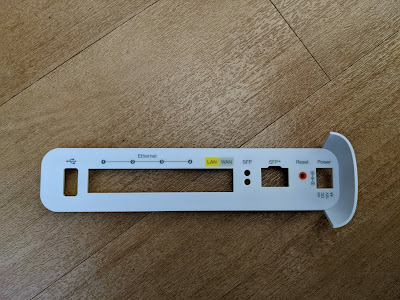 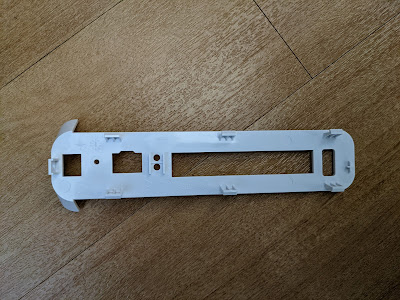 For now the last picture I will leave you with is the two screws that are next to be removed. 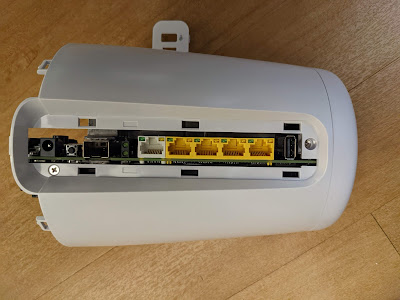 At this point I was done for the night, till next time when hopefully I have more information about what is inside...
Posted by Thomas at 9:43 PM 1 comment: